We went to this HILARIOUS restaurant in Malacca called: Capitol Satay. If you like Satay..it’s a must-see. We had heard good things about how much fun it was, so we had to try it! For those of you who don’t know what Satay is, it looks like this:

It’s basically grilled meat (usually beef or chicken) on a stick, served with a peanut sauce. It’s a famous Indonesian or Malaysian dish. 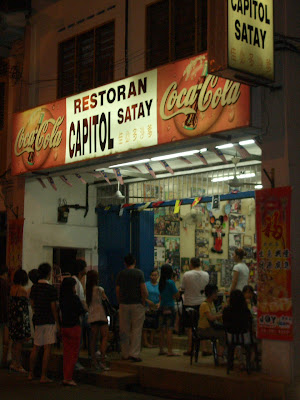 There was a line out the door…we had got there just in the nick of time! 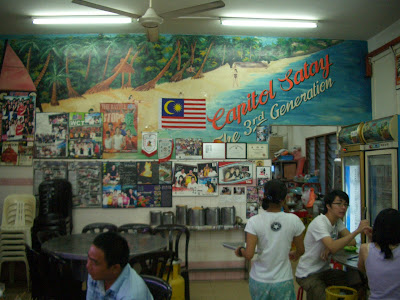 So, each table has it’s own propane tank, and there is a huge vat of peanut sauce in the middle of your table that boils. You go and pick veges and meat and prawns etc from this place: 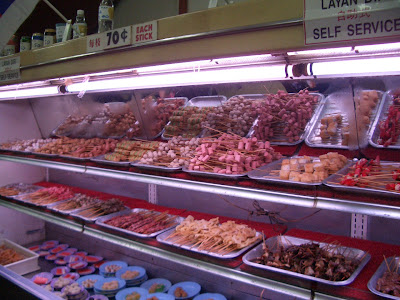 Each stick was 70 Ringit cents..which is like nothing (well, it’s 20 USD cents)! We laughed so hard after because we were like, how on earth did we eat $53 Ringit worth of Satay! Oh yeah, because about $35 of it was beer! 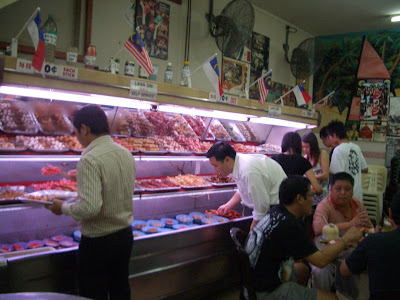 So you stick your stick in the middle of your table, which has a pot of boiling peanut sauce..and that’s how you cook your dinner! Pretty fun right?! We both felt totally sick the next day, but it was worth it! 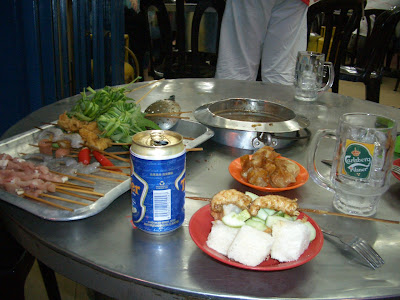