A Case of the Bed Bugs

We left the Cameron Highlands and took a mini bus across to the coast where the ferries pick up for the Perhentian Islands. The drive was the most life threatening experience I’ve ever had. I couldn’t open my eyes, and my hands were sweating bullets. I kept singing this song to myself:

We were riding with a French couple and an English couple, all of us were totally freaked out. Tim figured out that we were screaming down the sides of these mountains at like 170 k/h. I know that’s nothing compared to Hamilton and Alonso from this past weekend, but still, it was damn fast, and I was freaking out. Tim told our driver and his first captain to slow down, which they did, and then “took us to breakfast”. 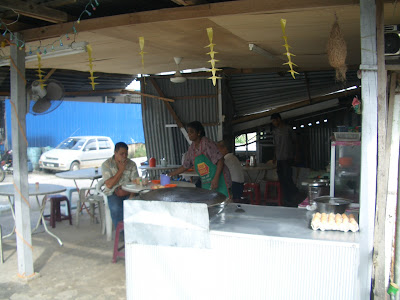 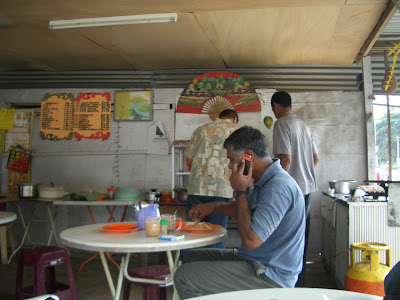 There he is, Schumacher himself. We made it to the islands alive, and we were SO excited! We went from here: 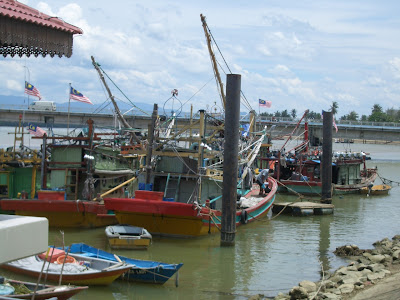 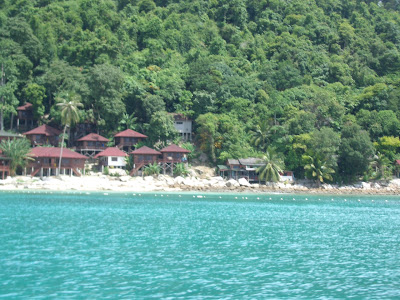 We were having a great time… seen here as proof: 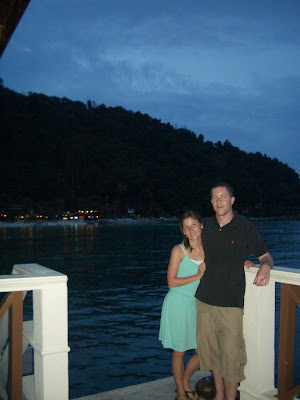 Even the worker guys were having a good time! 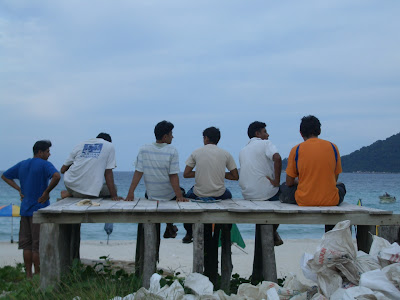 Until Tim woke up in the middle of the night to find our mosquito net was full of these teeny tiny black bugs, which had feasted on my body. Apparently only 50% of people have reactions to their bites, I was unlucky, Tim was very lucky. I actually thought I was going to die, and I am so grateful that my husband is so compassionate and caring. He was amazing, feeding me snickers and water, trying to make me laugh so I didn’t roll around in the sand trying to itch them. For 4 days all I could do was lay down inside our room, attempt to read and try to stop crying. So we left. I couldn’t cope with doing beach cheap anymore! Especially with these bites. This picture was my good arm, taken 5 days later, when they were ‘healed’. 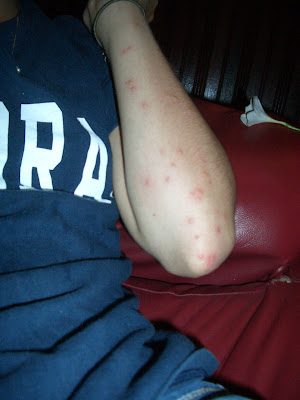 This guy took us back to the mainland when I finally felt like I could even move. Let me tell you, the boats had scoot. And like 5 mintues after I took this picture, he was smoking with one hand and texting with the other. It was classic! 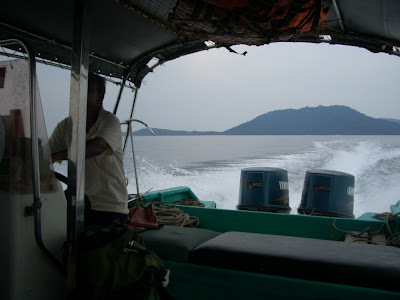 But we did manage to get two little snorkel trips in which were a blast. We saw sea turtles and sharks, which I couldn’t photograph, but were amazing. I loved the turtles, sharks..not so much. A little freaky the second time around. This guy, Yosef, was our guide. He was great. 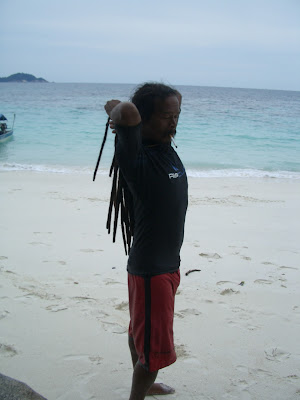 And this was our boat…also great. 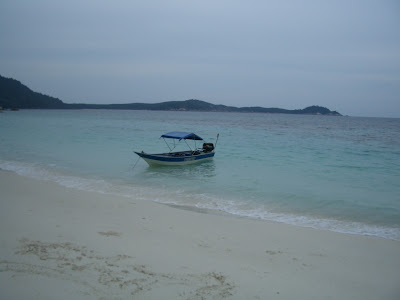 Now I can sorta laugh about it, at the time I didn’t think I’d make it. Moral of the story, we’ll never do beach again cheap (Travel Tip #2). And #3, sleep with the lights on since bedbugs are nocturnal.