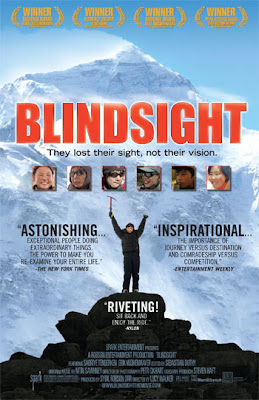 Tim and I watched a very moving documentary last night, Blindsight. It follows six Tibetan teenagers who climb a mountain near Mount Everest, Lhakpa-Ri peak, 23,000 feet high, an expedition led by Erik Weihenmayer (the blind guy who summited Mount Everest). All of the kids were blind, lead by an American blind climber and their blind German teacher. The group ends up spending the night at the Everest Advanced Base Camp, an incredible feat. Oh man, it was a tear jerker, and very inspiring.

The Tibetan climbers are: 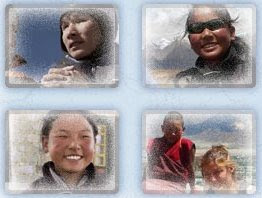 Those are the meanings of their names, aren’t they beautiful? In Tibet, blind people are ostracized because it is thought that blind people are by demons. Or that one must have had very bad karma in a previous life in order for them to be blind in their current one. Families and villages shun children who are blind. Sabriye Tenberken is a German woman (blind) who arrived into Lhasa on her own, bought two horses, and eventually started a school for blind children. She traveled through Tibet and the Himalayas searching for children she could rescue and teach. She wrote the first Braille text for the Tibetan language and she’s a Nobel Peace Prize nominee. She teaches her kids to read, and write, and they are able to speak 3 languages. 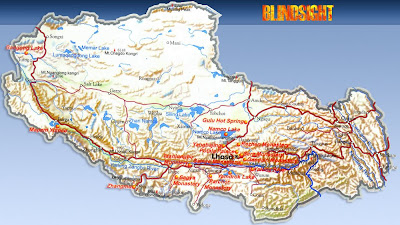 I have such respect and admiration for the Tibetans. They are true to their culture, their spirituality and refuse to give up on their pursuit and struggle for freedom. Last year when Tim and I were in Dharamsala, we were able to witness the lives of Tibetan refugees. Thousands of them live in the small village of Dharamsala, India where they are waiting until one day they can return to Tibet. We visited the residence of the Dalai Lama, and the Tibetan Museum, and Norbulingka. 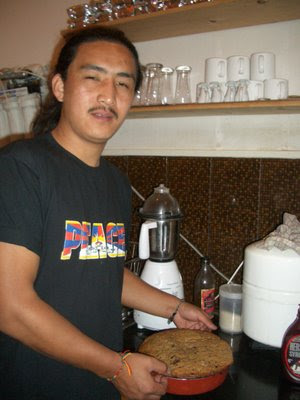 We talked to a group of guys around our age who owned a small cafe. (that was a bad picture, and my batteries ran out right after that…) They were so cool, all of them wearing “Peace” t-shirts with the Tibetan flag on them. They can’t travel outside of India, because they can’t get Tibetan passports; only Chinese passports are available for the people of Tibet. The refuse to have a Chinese identity through a passport. Because they live in India, they are eligible for Indian passports, but they refuse because they aren’t Indian. This silent but powerful protest was amazing. I was overwhelmed by their cultural pride, and I was so impressed by their decision to stay true to their heritage. I felt so guilty thinking about how easy it was for Tim and I to travel to any country we dreamed of going to, how lucky we are, how good we have it. This movie was another reminder to me of how lucky I am. I have my health, I can see, I have political freedom. It’s a reminds me to remember Tibetans, learn about their culture, to help educate other about their situation, and help them preserve their heritage by not forgetting them. The Tibetan Children’s Village, a school for Tibetan refugee children in Dharamsala is below: (pretty powerful right?) 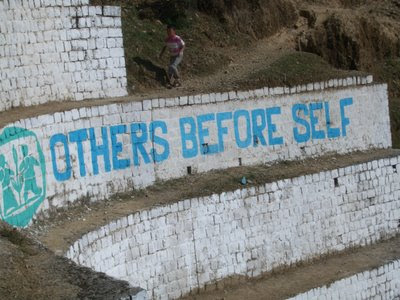