The other day Tim and I drove about 125 km south of Dubai to the capital of the UAE, Abu Dhabi. Abu Dhabi is like Dubai’s smaller kid sister. It’s half the population (900,000) and looks tiny when you’ve come from Dubai, but owns 90% of the UAE’s oil reserves, has all the money, land and power. As a result of the current global recession, the word on the street is that Abu Dhabi is buying up Dubai’s big property developers and companies. During Dubai’s big building boom, Abu Dhabi has been sitting back, watching the show, and learning from their mistakes.
The current action happening in Abu Dhabi isn’t anything like Dubai World or Ski Dubai or Atlantis, but the building of museums. It is a gigantic project that involves developing a huge cultural district. The president of the UAE for over four decades, Sheikh Zayed bin Sultan Al Nahyan, had the vision of cautiously modernizing the country, avoiding exposing his people, while trying a global interactive approach. After his death in 2004, the newer generation and power has become more open and quicker to change. The goal still remains the same, not to just boost tourism, but to develop a new education, broaden cultural heritage and traditions and to create a universal civilization. They aim to link the East and the West, and to help integrate the worlds different cultures. The country has succeeded in bringing in some of the worlds best talent to collaborate on this project. 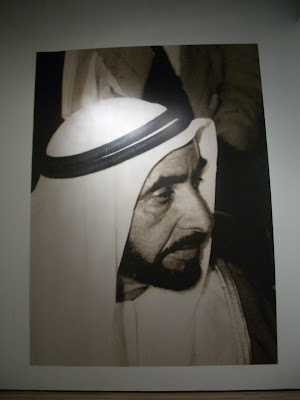 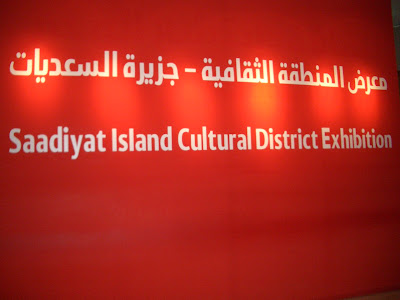 We were so lucky because we stumbled upon this exhibition at the Emirates Place Hotel on the Saadiyat Island Cultural District! Frank Gehry is designing the Guggenheim Museum for contemporary and modern art. The Louvre Abu Dhabi is being designed by Jean Nouvel. There is a performing arts center, a maritime museum and a national museum all in the works as well. Even New York University has plans to open a campus by 2010.
I loved seeing the evolution of Frank Gehry’s designs from the very first idea to his final model of the building. His designs are truly fascinating and look completely ‘unreal’! It’s one of my dreams to visit the Guggenheim in Bibao Spain, his vision has created some of the worlds most innovative architecture. If you want to learn more about Frank Gehry, rent “Sketches of Frank Gehry” an excellent documentary film by Sydney Pollack. One other side note, his designs for Tiffany’s are also amazing. I bought a huge wooden cuff bracelet in Bali because it reminded me so much of something he’d design! I’ll have to post a picture of that later! 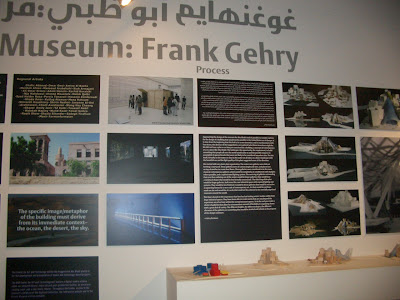 This is the model of the Guggenheim Abu Dhabi. 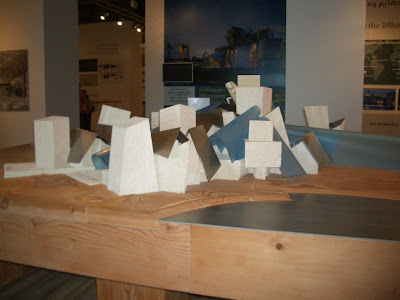 Looks amazing right? From all angles it’s incredible! Tim and I are going to be taking a trip back to the UAE when all of this is finished! 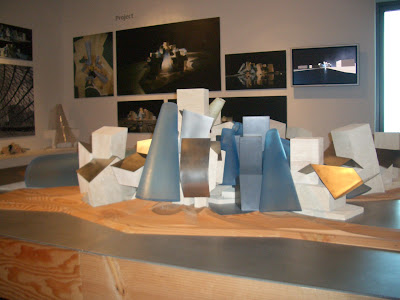 This is the model for the Louvre, by Jean Nouvel. In the background of this photo you can see an image on the wall that was created to show what you would see from the inside of the building when you look up. With all of these tiny holes and windows all through the ceiling it looks like the sky sparkles from inside. Beautiful! It really looks magical! 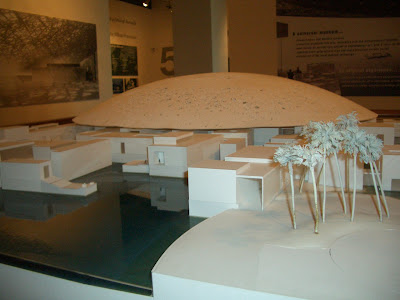 I love how these two buildings will complement each other, the simplicity of the Louvre is a nice contrast to the asymmetry of the Guggenheim. The best part, is that these are only 2 of the 5 major museums being build on Saadiyat Island! If you feel like an interesting read, download Nouvel’s Louisiana Manifesto.
All for now, going to bake my Pecan Pie now! Gobble Gobble!
SHARE THE POST