Who Wants to be a Millionaire? 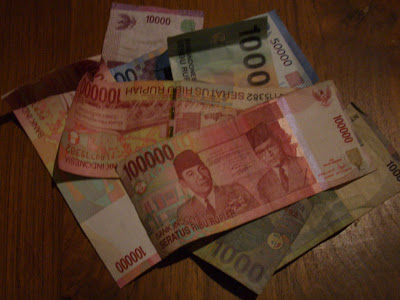 One of the most fun things about being in Indonesia is the currency. The maximum you can take out of an ATM is around $250 NZD which is 1,500,000 Rupiah. Yep, 1.5 million. You feel so rich. Especially in times like these when we have no faith in our banks or economy, just come to Indo, change a few hundred over to a few million! 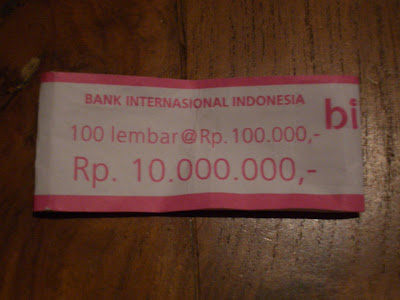 The best part of it all is this. 500 Rupiah is like nothing, like pennies, and sometimes the change is so small that little shops and gas stations don’t have it. So instead, they give you candy. Candy instead of money. How hilarious is that? Let me show you..Jon here, went to a little mini mart to buy some cigarettes… 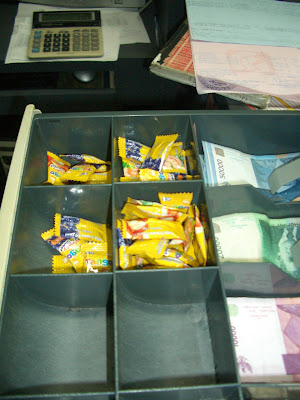 Inside the register, lies candy instead of coins. 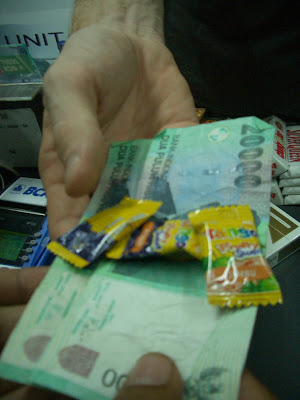 Here is Jon getting his change/candy! 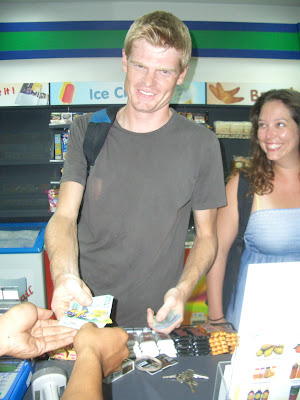 Am I the only person that finds this just so absolutely hilarious?! Only in Indonesia right? So there I was standing behind the counter snapping away with my camera. Kaelen said I was ‘holding the guy up’ ..not with a gun, with a camera! Oooo…Dangerous! I was totally cracking up…can you tell? 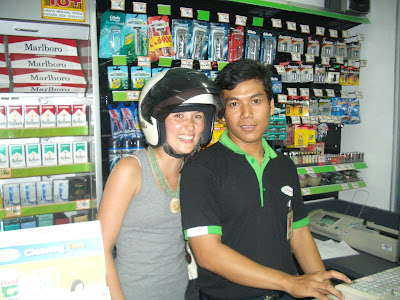 5 thoughts on “Who Wants to be a Millionaire?”