Y’all are going to think I’m a little crazy after this one! Last weekend I drove to Louisiana, around 4 hours, to visit friends and family, and to also to get the ball rolling on a custom dining table. It’s a long story about how we ‘know’ this man Eddy, but in the past (aka 25 years ago) he made some cypress porch swings for my grandfather. I ended up in the middle of nowhere, deep in Acadiana Parish, serious Cajun territory, here: (ps, these iphone pics could be some of my worst, I didn’t want to be so blatantly rude snapping away..even though I was dying to take about a hundred pictures of this place!) 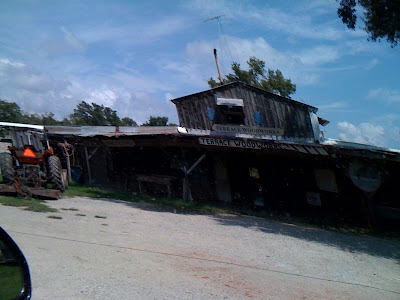 I think Eddy lives in that little white number… 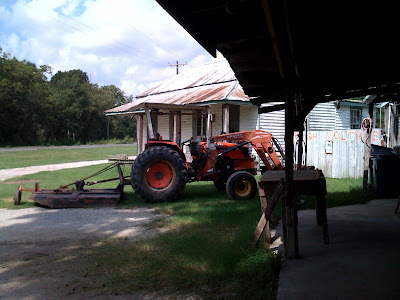 He makes swings like these, all hand made out of cypress. We’re getting one for our front porch. 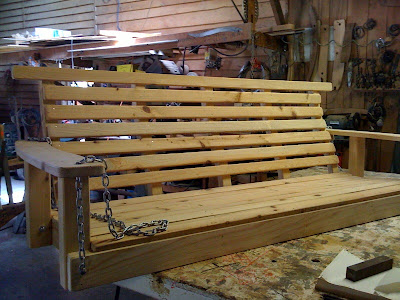 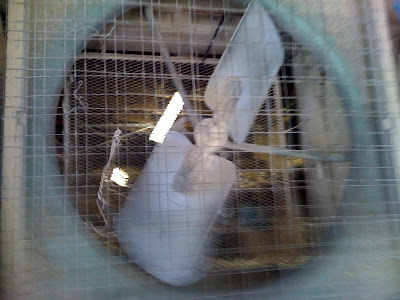 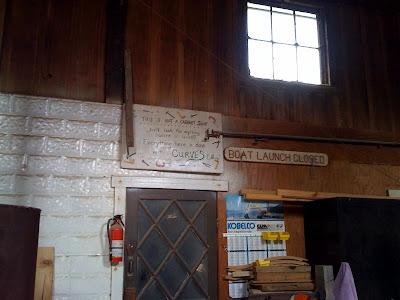 Um, I followed him through here to look for which kind of wood I was interested in using… 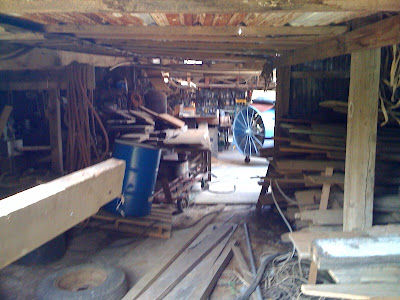 There was tons to choose from! I ended up picking some from an old church that he believes was over a 100 years old. The whole time Eddy is throwing in Cajun French here and there, telling me about his adventures moving off the bayou over 30 years ago, it was all so interesting and such a cultural experience, I could barely keep up! 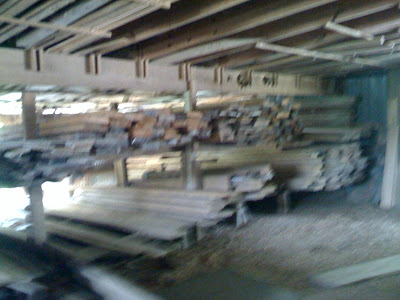 Well, I looked at two different boards from two different piles before I made my decision. Eddy suggested planing them before I picked which one I liked. He asked me to hold the other end and help him stick it through the machine. I almost died! But did anything Eddy asked…I’m so desperate for a table. And at his prices, I’d do anything… 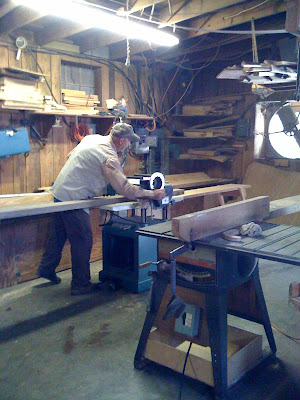 The two boards I chose between were these: the one on the left is very pale/yellow in real life, and the right one was the older wood, looks redder in this photo than in real life. I chose the right. I like the knots, I’m hoping the rest of the planks look like it too! Oh, and this is all cypress wood. 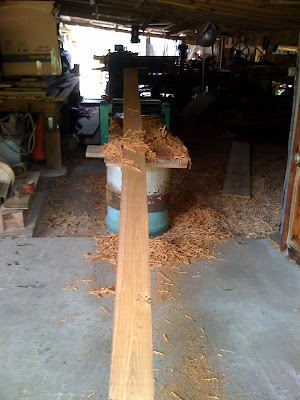 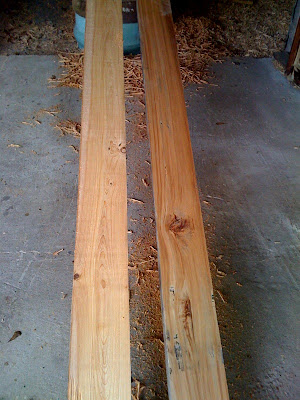 Ok, see all those chips that come off from the planing machine? Eddy has a local friend how raises horses and can use those chips. But instead of paying him in money for it, he pays him in honey! The local friend raises bees! I had to tell Eddy a few times that I wasn’t a fan of varnish and I only want my table waxed, so it will age and patina well. Eddy told me his bee raising friend had just given him some beeswax! Eddy said, “I’ll throw in a chunk of that wit ‘dat‘ table!” (if only I could have taped that Cajun accent…I love it) I’m not sure how that looks, I’ll have to do a little research..anyone know anything about using beeswax on furniture? I guess I can test the underside right?! 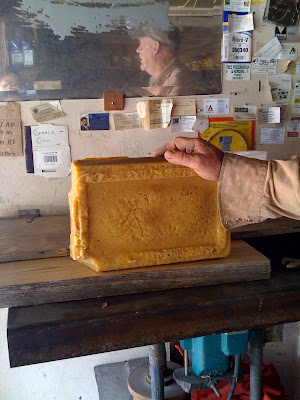 A finished 10 foot cypress farm table that is going out to a local doctor’s camp. 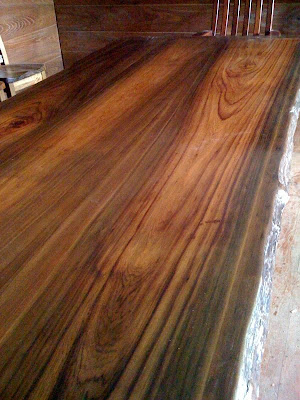 The door to his work shop, how gorgeous! And that fire hydrant…he told me I could have it for $600, his lowest price. I sorta feel like going back and buying it, selling it to Found before Round Top next week! 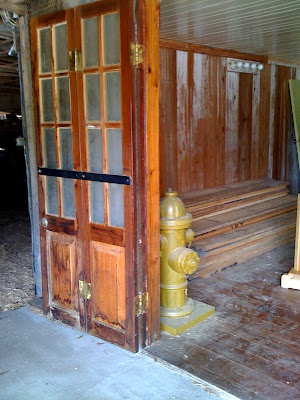 Well, that’s all. I can’t wait to show y’all the finished product! After much thought and deliberation I’ve decided to go with a round table and I’m still researching/thinking about what type of base I want to put it on. I’m considering having an antique iron reproduction made, or looking for something to use at Round Top…hum, any ideas are welcome!
SHARE THE POST